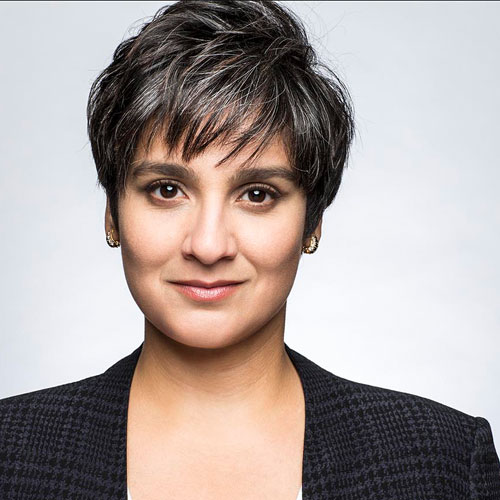 Huma Qazi is an international consultant, speaker and facilitator on Diversity and Inclusion, HR, Strategy, Leadership and Culture. Prior to consulting, Huma has spent 20 years’ in the corporate world, in senior roles with major organisations such as BP and Eni.

Huma was a Director of Pride in London for two years. She was a Stonewall Role Model & Ambassador and ran workshops for secondary school children in England. In 2014, Huma was recognised for her volunteering work coming in at No. 14 on the Independent’s Rainbow List for the top 101 LGBT people in the UK.

She has an MBA in Marketing, MSc in HR Management, is a certified NLP Practitioner and an Accredited Facet5 Practitioner for personality profiling.

Huma’s mother-tongue is Persian and she speaks several other languages fluently. She was brought up in the U.A.E and has also lived in Pakistan, USA and the UK.

To understand the different kinds of privileges th

Do you ever feel judged by others regarding your #

Would you be where you are today without your fami

If you’re interested in what we do, we’d love to hear from you and share more about The Privilege Project, The PLAN, and our free live stream events.

Please contact the team by email or telephone to learn how to recognise your privilege and use it to create social change.

Subscribe to learn more about our events, products and services across our brands.

This site uses cookies. By continuing to browse the site, you are agreeing to our use of cookies.

We may request cookies to be set on your device. We use cookies to let us know when you visit our websites, how you interact with us, to enrich your user experience, and to customize your relationship with our website.

Click on the different category headings to find out more. You can also change some of your preferences. Note that blocking some types of cookies may impact your experience on our websites and the services we are able to offer.

These cookies are strictly necessary to provide you with services available through our website and to use some of its features.

Because these cookies are strictly necessary to deliver the website, refusing them will have impact how our site functions. You always can block or delete cookies by changing your browser settings and force blocking all cookies on this website. But this will always prompt you to accept/refuse cookies when revisiting our site.

We fully respect if you want to refuse cookies but to avoid asking you again and again kindly allow us to store a cookie for that. You are free to opt out any time or opt in for other cookies to get a better experience. If you refuse cookies we will remove all set cookies in our domain.

We provide you with a list of stored cookies on your computer in our domain so you can check what we stored. Due to security reasons we are not able to show or modify cookies from other domains. You can check these in your browser security settings.

These cookies collect information that is used either in aggregate form to help us understand how our website is being used or how effective our marketing campaigns are, or to help us customize our website and application for you in order to enhance your experience.

If you do not want that we track your visit to our site you can disable tracking in your browser here:

We also use different external services like Google Webfonts, Google Maps, and external Video providers. Since these providers may collect personal data like your IP address we allow you to block them here. Please be aware that this might heavily reduce the functionality and appearance of our site. Changes will take effect once you reload the page.

The following cookies are also needed - You can choose if you want to allow them: